Home / Fellows / The Brains That Pull the Triggers. Syndrome E

The Brains That Pull the Triggers. Syndrome E 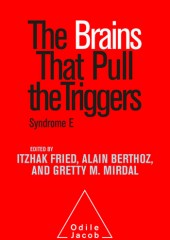 History shows us the same grim phenomenon over and over: under extreme circumstances, apparently ordinary citizens turn into merciless torturers and systematic executioners of defenseless victims. War crimes and genocides may be orchestrated by dictators and terrorist leaders,but they are carried out by individuals who otherwise show empathy, sound moral judgment, and aversion to violence.
How does this happen? Is the pull of a murderous regime strong enough to make harmless men become amoral monsters, or is there some underlying psychological or physiological trait that predisposes certain people toward this transition? Can the pathological switch between sensitive human and desensitized killer be isolated, redicted, and prevented? Can it be overridden by compassion and altruism? Is violent aggression addictive? What implications does this have for the way we try and punish perpetrators of such crimes?
These are among the questions taken up in a series of conferences on mass violence held from 2015 to 2017 at the Paris Institute of Advanced Studies. In this volume, neuroscientists, sociologists, historians, and legal scholars share research and insights on the roots of radicalization, in-group loyalty, how we learn to follow rules, and many other themes. The result is a troubling but distinctly illuminating glimpse of human nature, and a model of how interdisciplinary dialogue can shed light into its darkest corners.