A Buffet of French History 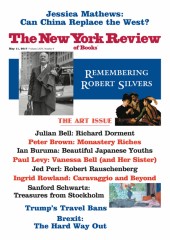 One of the bombs dropped during the current presidential campaign in France is Histoire mondiale de la France, an eight-hundred-page tome surveying 40,000 years of French history. A collaborative work written by 122 academics and directed by Patrick Boucheron, a distinguished medievalist at the Collège de France, it hardly seemed destined for the best-seller lists when it was published in January. But the French have snapped it up: 70,000 copies have been sold as of mid-March and sales are still going strong. After several decades of somnolence, academic history is a hit.

Although the book owes much of its success to the talent of its authors, its publication was timed perfectly to make a splash during the election campaign. History has always been a battleground in France. As Éric Zemmour, a right-wing journalist and historian, remarked in an angry review in Le Figaro, “History is war. Not just the history of war but the war of history.” He went on to condemn Histoire mondiale de la France as an attack on the identity of France and an attempt to destroy the “national narrative” (“roman national”) at the heart of what it means to be French.