Staging the Limit: Albert Camus’s Just Assassins and the Il/legitimacy of Terrorism 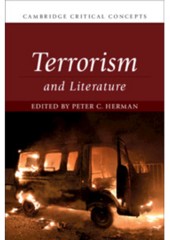 This chapter offers an in-depth study of one of the most famous 20th-century literary works featuring terrorism: Camus’s play Les Justes [The Just Assassins]. It argues that, through a hybrid literary form, Camus creates a fiction in and from which to think about the conditions in which organized political and lethal violence might be legitimately carried out. The writer resorts to a genre that borrows from tragedy, melodrama, and dark comedy in order to rewrite the events of 1905 in Russia and to give life to heroic terrorists fighting a despotic power, and who both kill and resent murder at the same time. This results in the portrayal of a model form of terrorism—a terrorism of limits and at the limit.

Drawing on Camus’s theoretical thinking on both the theater and the concepts of limit and revolt, and resituating Les Justes within the context of mid-twentieth-century European history, Ève Morisi shows that Camus’s appropriation of Russian history allows for the implicit critique of the State- and party-based “progressive” terrorism that some of his contemporaries defended in the late 1940s. Yet she also establishes that the idealized and reluctant terrorism staged in Les Justes rests on a fragile legitimacy disavowed by the people and its collateral victims, and finds itself problematized by the final specter of mimetic violence. Even within the carefully-crafted space of acceptability for revolutionary terrorism whose boundaries and nobility the play maximizes, Camus’s writing points to the danger that hovers over a discriminating terror designed to emancipate. It subtly poses the question of its potential degeneration into an organized violence that may come to resemble State terror in forgetting that institutionalized murder is its initial target and counter-model.