Once Upon a Time There Lived a Translator: Ludmila Savitzky and Constantin Balmont 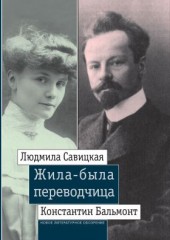 Leonid Livak, Once Upon a Time There Lived a Translator: Ludmila Savitzky and Constantin Balmont, NLO Books, 2019.

Ludmila Savitzky (1881-1957) – a Russian-French actress, literary and theatrical critic, writer, and translator, has remained until today unknown to the Russian reader, despite the important role of the artistic and literary mediator she played in transnational modernist culture. Ludmila Savitzky’s personal and professional trajectory is intertwined with the biographies and creative activities of numerous modernist writers, among others André Gide, Guillaume Apollinaire, Ezra Pound, James Joyce, Valerii Brusov, and Constantin Balmont (1867-1942). The latter poet and pioneer of modernism in Russia remained Savitzky’s friend and literary collaborator for many years, first in their native country and subsequently in France. Building on a variety of hitherto unpublished archival documents, this book explores the life and oeuvre of Ludmila Savitzky, illuminating for the reader poorly known aspects of Russian and French cultural history in the twentieth century.