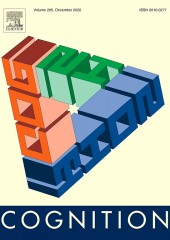 In everyday life, mentalizing is nested in a rich context of cognitive faculties and background information that potentially contribute to its success. Yet, we know little about these modulating effects. Here we propose that humans develop a naïve psychological model of attention (featured as a goal-dependent, intentional relation to the environment) and use this to fine-tune their mentalizing attempts, presuming that the way people represent their environment is influenced by the cognitive priorities (attention) their current intentions create. The attention model provides an opportunity to tailor mental state inferences to the temporary features of the agent whose mind is in the focus of mentalizing. The ability to trace attention is an exceptionally powerful aid for mindreading. Knowledge about the partner's attention provides background information, however being grounded in his current intentions, attention has direct relevance to the ongoing interaction. Furthermore, due to its causal connection to intentions, the output of the attention model remains valid for a prolonged but predictable amount of time: till the evoking intention is in place. The naïve attention model theory is offered as a novel theory on social attention that both incorporates existing evidence and identifies new directions in research.