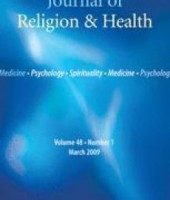 The use of mindfulness-related methods for the treatment of a variety of psychological, somatic and interpersonal problems has increased dramatically in the last decade. Almost all mindfulness-based therapies include the practice of meditation in addition to various cognitive and/or behavioral techniques. The source of inspiration for mindfulness has traditionally been Buddhism, while Islamic thought has not been present in this development despite the similarities in philosophy and a growing need for mental health support among Muslim populations throughout the world. It is in this context that Sufism and especially Rumi’s teachings seem to be promising both in terms of research on consciousness and in terms of culturally sensitive methods of healing. The aim of the present article is to highlight the commonality of mindfulness-based therapies and Rumi’s religious philosophy. Introducing concepts, images and metaphors based on Rumi’s universe can constitute a meaningful alternative to Buddhist-inspired practices in the transcultural clinic, especially in encounters with clients with Muslim background.