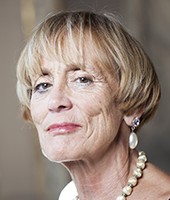 “Until recent times philosophy was inclined to a prejudice that has its historical origin in antiquity. This prejudice consists in upholding the division between “reason” and “sensibility”, which is completely inadequate in terms of the structure of the mind. This division demands that we assign everything which is not rational – that is not order, law, and the like – to sensibility. Thus our whole emotional life – and, for most modern philosophers, our conative life as well, even love and hate -  must be assigned to “sensibility.” According to this division, everything in the mind which is alogical – e.g., intuition, feeling, loving, hating, is dependent on man’s psycho-physical organization. The formation of the alogical becomes here a function of real changes in organization during the evolution of life and history, and dependent on the peculiarity of the environment and all their effects. (...). The consequence of this prejudice is that ethics has in the course of its history been constituted either as absolute and a priori, and therefore rational, or as relative, empirical, and emotional. That ethics can and must be both absolute and emotional has rarely even been considered”

Hume’s moral sentimentalism is the most classical case in point of a “relative, empirical, and emotional” ethics. Hume’s theory was revived in the XXth Century under the labels of emotivism and/or expressivism,  according to which even if expressed in the form of judgments, your axiological and moral theses will have a meaning no different than that of an exclamation or at most of a plea for societal sanctions against the murderer.

On the one hand, value scepticism has been dominant among philosophers, anthropologists, sociologists of the XXth century – even though mostly couched in more moderate forms of value relativism. On the other hand, the embodied cognition model in contemporary philosophy of mind has reassessed sensibility (including emotions) as constitutive of rather than opposed to rational agency.

Both contemporary developments revive our interest in classical moral sentimentalism, leading us to raise Max Scheler’s question again: are moral, and more generally value beliefs, doomed to be non-rational if they are emotionally based? Is (moral, legal, social) normativity necessarily relative if it has an emotional source? How does Phenomenological Axiology reject this conclusion?

D. Hume (1739) A Treatise of Human Nature, Book III, On Morals, Sect. I, Moral Distinctions Not Derived from Reasons

Optional: R. De Monticelli (2018) Sensibility, Values and Selfhood. For a Phenomenology of the Emotional Life, The New Yearbook for Phenomenology and Phenomenological Philosophy, 16