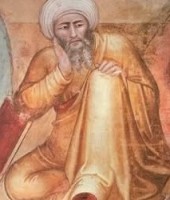 Perhaps the most famous text from the Islamic world that combines the themes of philosophy and law is the Decisive Treatise (Faṣl al-Maqāl) by Averroes (Ibn Rushd, d. 1198). As is routinely noted by scholars, the Treatise is a legal determination of the role of philosophy within Islam: it argues that Muslims are enjoined to do philosophy insofar as they are capable of doing so. In making this case, Averroes sets out a famous distinction between three levels of discourse, inspired by Aristotle’s logical corpus: demonstration, dialectic, and rhetoric. The central question of my paper is what sort of discourse is being used in the Treatise itself. Discussing this work alongside the closely related Kashf (Exposition), I argue that Averroes is consciously adopting a dialectical mode of argumentation. This may seem strange, since Averroes often seems to use “dialectic” as a term of abuse, as when he convicts the mutakallimūn of engaging in dialectical argumentation. I argue however that he sees an important positive role for dialectic in clearing the ground for proper, demonstrative, philosophical discourse, and that techniques recommended in Aristotle’s Topics are being put to good use in both the Treatise and the Exposition.

No registration needed. You can watch live and participate in the Q & A following this Zoom link: https://iea-paris.zoom.us/j/684155293