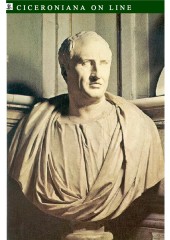 This paper explores a tension within Cicero’s De amicitia between the love for friends, which is ideally predicated on an appreciation of the friend’s virtue, and the natural or instinctive affection of parents for offspring, which is evident in non-human animals as well as in human beings. It is argued that friendship may be regarded as a special instance of an innate disposition to support those who depend on us, extending the range of this natural sentiment to include not just offspring and parents but also those who earn our affection by virtue of their character or behavior.