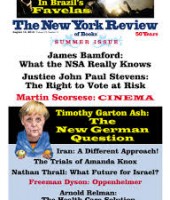 On January 13, two days after millions in France marched to commemorate those assassinated by Islamist radicals the week before, Socialist Prime Minister Manuel Valls gave a stirring speech in the French National Assembly that was celebrated by socialists and conservatives alike as among the best in recent memory. He was firm and balanced. He first praised the police and expressed the government’s resolve to put in place security measures to win what he was not shy about calling a “war on terrorism, jihadism, and Islamist radicalism.” He then insisted that France was not at war with a religion and must stand firm on its principles of toleration and laicity—that is, the separation of religion and state. He received a standing ovation. Then, to the nation’s surprise, the deputies broke spontaneously and unanimously into the Marseillaise, the first time this had happened since the signing of the armistice ending World War I in 1918.

On the question of security, this unity is likely to last. There is a solid consensus that more resources will have to be devoted to tracking suspected terrorists and monitoring the Internet for signs of trouble. Legislation will be required to give the government sufficient legal leeway to accomplish that, which it will get, since all parties recognize the deficiencies yet none wants to reproduce the American Patriot Act. So firm has the government of François Hollande been that the leading conservative opposition party, the UMP, and its mercurial leader, ex-president Nicolas Sarkozy, have found few plausible grounds for dissent. Even his party’s more muscular demands—isolating Islamists in prison, stripping binational jihadists of their French citizenship, limiting the civil rights of nationals who get involved in jihadist movements (as was done with Vichy collaborators after World War II)—are under serious consideration by the government. By the end of January, 117 people had been placed under indictment for making statements justifying terrorism, and twenty-eight had been sentenced to prison terms. Among them is the poisonously anti-Semitic performer and activist Dieudonné M’bala M’bala.