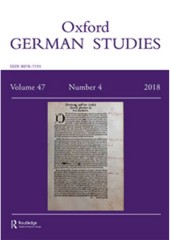 y paper analyzes the play Homo Empathicus (2014) by Rebekka Kricheldorf. The play describes a community of hyperempathic people in which the distinguishing traits of religion, biological sex, and age have disappeared. In representing a postdramatic society, Kricheldorf takes the ethic of ‘political correctness’ to the extreme (that is, the linguistic practice through which discrimination on the basis of social class, gender, bodily characteristics, etc., can be eliminated): the elderly become ‘Long-Lived’, and the young are ‘Young-Lived’. The grave digger is an ‘Earth-Rester’, and the manager of a public spa is a ‘Hygiene Specialist’. Jeremy Rifkin’s book, The Empathic Civilization: The Race to Global Consciousness in a World in Crisis, in which the Homo empathicus was theorized for the first time, was the main impulse behind the play. Another significant inspiration came from the Guide to Non-Discriminatory Language, Behaviour, and Representation published by the Austrian Ministry of Labor and Social Affairs in 2010.