Accueil / Publications / The canon and the mushroom: Lenin, sacredness, and the Soviet collapse

The canon and the mushroom: Lenin, sacredness, and the Soviet collapse 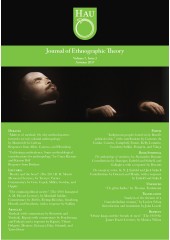 This essay focuses on a paradoxical transformation that happened within Soviet ideological discourse at the very end of perestroika, around 1990–91. The Party’s attempts to revitalize Soviet ideology by returning to the original word of Lenin unexpectedly produced the opposite result. The unquestionable external Truth from which Soviet ideological discourse drew its legitimacy—and that had always been identical with Lenin’s word—suddenly could no longer be known. This shift launched a rapid unraveling of the Soviet communist project. At the center of this unexpected transformation was the search for the true Lenin—a kind of Lenin that Soviet party theorists, bureaucrats, historians, and scientists hoped was still hidden in the midst of his unpublished texts and unknown facts of his biology, life, and death.