Accueil / Publications / The Place of Emotion: Space, Silence and Interiority in the Stanzaic Morte Arthur

The Place of Emotion: Space, Silence and Interiority in the Stanzaic Morte Arthur 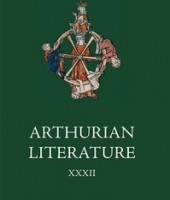 Apart from a few notable exceptions, the Stanzaic Morte Arthure (hence SMA) has mostly been discussed as a source for Malory, and has received little critical attention in its own right. It provides a more concise plot and seemingly less complex characters than its French source, the Mort le Roi Artu, and predictably it replaces psychological realism and introspection with action and dialogue. This article reconsiders the ‘art’ of the SMA poet in controlling the emotional texture of the narrative, more specifically by examining the highly self-conscious and skilful use of space, with reference to recent work on space by cultural, social and architectural historians and anthropologists, as well as recent work on the history of emotions.

Rather than merely eliminating the psychological introspection found in his source, the SMA genuinely ‘translates’, and thereby ‘transforms’ the emotional content of the narrative: the emotional states of the main characters are no longer explored through the narrator’s descriptions or through internal monologues, and thus have to be inferred from the narrative itself, notably from the characters’ placement in, and movement through space. Multiple spaces thus frame the subjectivity of the characters, and provide a setting for their encounters and clashes: beginning with the unusually intimate vignette of Arthur and Guinevere discussing the future of the chivalric community in bed, the subsequent narrative moves through the chamber, the court, the tiltyard, the battlefield and finally the cloister. While these multiple spaces are associated with different values and related emotional states, none of these spaces is in itself stable or self-contained: instead, these multiple spaces provide settings for the conflicted negotiation of individual and collective identities and desires, oscillating between the private and the public, or the masculine and the feminine. Ultimately such a careful and dynamic use of space is designed to evoke the often troubled, problematic interiority of individual characters, which cannot easily be expressed and integrated within the dominant public and masculine values of the Arthurian chivalric community. Finally the poet’s reluctance to reproduce the psychological realism of its French source is much more than a mere stylistic choice: instead the more indirect, symbolic and ultimately ‘silent’ use of space to hint at the troubled interiority of individual characters becomes an apt and eloquent strategy used to address the public inexpressibility of certain private emotions.