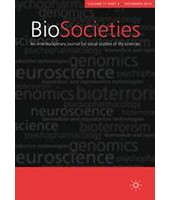 How should neuroscience research about social-psychological phenomena identify its objects of inquiry, so as to develop adequate experimental paradigms and tasks to elicit them, and then look for their neural correlates? How should it go about conceptualizing objects such as morality, empathy, art, love, creativity, or religious belief? If a neuroscientist is after the neural correlates of X, how can she tell X from non-X? This is an important methodological problem, to which neuroscience hasn’t given enough thought. I argue that it actually consists of two distinct questions: first, what counts as object X; and second, how to tell what counts as object X. At neither level can neuroscientists avoid taking sides in philosophical and social science controversies. I further argue that they can therefore benefit from the relevant literatures in philosophy, social science, and the humanities. These literatures can help neuroscience studies better conceptualize and operationalize the social-psychological phenomena they are interested in—and thus better get at them, specify how experimental results might speak to the real social world, and clarify what exactly neural correlates are neural correlates of.