Accueil / Publications / Why Does Frank Underwood Look at Us? Contemporary Heroes Suggest the Need of a Turn in the Conceptualization of Fictional Empathy

Why Does Frank Underwood Look at Us? Contemporary Heroes Suggest the Need of a Turn in the Conceptualization of Fictional Empathy 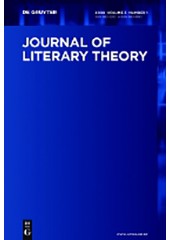 Fictional heroes have long attracted the attention and emotions of their audiences and readers. Moreover, such sustained attention or emotional involvement has often taken the form of identification, even empathy. This essay suggests that since 9/11, however, a new cycle of heroism has emerged that has taken its place, namely the hybrid hero (cf. Van Tourhout 2017; 2018). Hybrid heroes have become increasingly popular during the post 9/11 period, offering escapism and reassurance to audiences in difficult times in which clear-cut divisions between good and bad, between right and wrong came under pressure. These characters challenge audiences and creators on moral and narrative levels because of their fluid symbiosis of heroic and villainous features. We find some well-known examples in contemporary TV-series such as Breaking Bad, House of Cards, etc. Hybrid heroes are looking for ways to arouse audiences and are aiming at the complicity of the audience. The most striking example of this complicit nature can be seen in the TV-series House of Cards when Frank Underwood addresses the audience by staring into the camera.
Traditional psychological and aesthetic theories on empathy are challenged by the phenomenon of the hybrid hero because empathy is generally conceived in prosocial terms, with most of the current research being geared toward a positive notion of empathy (cf. Johnson 2012; Bal/Veltkamp 2013; Koopman/Hakemulder 2015). Additionally, there has been a prevalent confusion between sympathy and empathy that has impacted our understanding of the perception of such heroes (cf. Jolliffe/Farrington 2006). In fact, one of the reasons for the predominantly positive connotation of empathy in the study of literary reception is that empathy has been narrowly defined as »sympathy and concern for unfortunate others« (Bal/Veltkamp 2013, 2). The distinction between empathy and sympathy is crucial in the study of immoral figures because, as research has shown, only sympathy involves a moral judgement.
The concept of a hybrid hero pushes us to decouple the core of fictional empathy from moral impulses or prosocial actions because it demands a »suspension of moral judgement from its viewer« (cf. Vaage 2013). Some recent studies (cf. Happ/Melzer/Steffgen 2015) have found that empathic responses to videogames cause antisocial effects, while others report cases of »tactical empathy« (cf. Bubandt/Willerslev 2016) or »empathic sadism«, which allows the fiction reader to predict the feelings of the characters and to find enjoyment in this prediction, independently of the negative state and the pain of them (cf. Breithaupt 2016).
We believe that the conceptualisation of an emotional bond between the audience and questionable or hybrid heroes will only be permitted through a turn in the approach to the concept of fictional empathy in media studies and aesthetic theory. Thus, the scope of the present paper is not only to describe the phenomenon of the hybrid hero, but also the specific notion of empathy and aesthetic enjoyment that the concept of a hybrid hero demands, that, compared to the present concepts of empathy: (1) distinguishes empathy from sympathy, (2) decouples empathy from morality, (3) takes into account the aesthetic enjoyment associated with negative emotions and moral violations. Finally, we argue that this renewed concept of fictional empathy should be incorporated into newly introduced models of art reception, which integrate both positive and negative emotions in art fruition (cf. Menninghaus et al. 2017). Recent research in empirical aesthetics and media psychology seems to support this view in showing that a moral violation in fictional stories produces mixed emotional and enjoyable responses (cf. McGraw/Warren 2010). The success of the hybrid hero confirms that the interplays of positive, negative and mixed emotion elicited by ambivalent figures such as the hybrid hero can partially explain the massive success and broader impact of contemporary TV series.