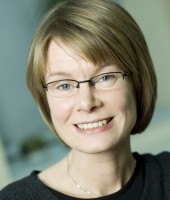 My main interest is in the philosophy of mind and language. I am also interested in aspects of epistemology and action theory, especially where these intersect with the theory of content.

An expanded version of my M.A. thesis was published as Donald Davidson zur Einführung in 1993 (Hamburg, Junius Verlag). Donald Davidson: A Short Introduction, an updated and expanded English version of the German original, is under preparation for Oxford University Press.

My dissertation Sprache und Regeln. Zur Normativität von Bedeutung (Berlin, Akademie Verlag 1999) is basically an attack on the idea of semantic normativity. It presents and assesses the contemporary debate around this idea and defends the conclusion that meaning is not intrinsically normative, not essentially determined by norms, rules or conventions. The positions discussed include those of Dummett, Davidson, Kripke, McDowell, and Putnam as well as more or less orthodox Wittgensteinian positions. Partly in cooperation with Peter Pagin and Åsa Wikforss, I have expanded and complemented the arguments presented in the dissertation in later articles. Åsa and I have also challenged the alleged normativity of mental content as well as that of belief.

My other current research is on a number of topics:

I am very interested in the theory of perception, especially as an area in which epistemology and the theory of content intersect. Here, I am developing and defending a position that I call 'phenomenal intentionalism'. It construes perceptual experiences as a kind of belief with a rather particular form of content: content involving phenomenal qualities. I am working on a monograph developing and defending this position.

Peter Pagin and I are developing a semantic framework we call 'evaluation switcher semantics'. Switcher semantics is a version of possible worlds semantics working with more than one semantic evaluation function. Its key idea is that certain operators, such as intentional operators, function as 'evaluation switchers'. Applying this idea to proper names and modal operators, we have suggested a semantics allowing names to have descriptive contents. Recently, we have expanded switcher semantics to cover general terms in a way that accounts for the name-like behaviour of natural kind terms while allowing them to have descriptive contents as well. I am working on covering empty names, epistemic modals and phenomenal 'looks', too, and Peter has been working on belief-contexts and, with Dag Westerståhl, on quotation.

Peter and I have worked on the relevance of autistic speakers to theories of meaning, arguing that they provide counterexamples to Gricean theories of meaning. I have written on meaning holism, on the status and significance of principles of foundational semantics, such as the Davidsonian principle of charity, and on semantic externalism as well as on the linguistic doctrine of necessity, the analytic conception of a priori knowledge, on implicit definition and analyticity, and on the semantics of color terms.

This project aims at providing an alternative semantic theory for two important and heavily debated phenomena of natural language: The meaningful use of empty proper names such as ‘Vulcan’ or ‘Odysseus’, and the name-like behaviour of certain general terms such as ‘water’ or ‘tiger’. More precisely, the aim is to extend the “evaluation switcher semantics” (ESS) suggested in “Proper Names and Relational Modality” (Glüer&Pagin 2006) to these phenomena. ESS is a version of possible worlds semantics, but it uses more than one semantic evaluation function. Modal operators, such as ‘it might have been the case’, work as “evaluation switchers”. ESS allows proper names to have descriptive contents while accounting for their seemingly rigid modal behaviour, thus combining the advantages of traditional descriptivism with those of non-descriptive semantic theories. So far, ESS has only been worked out for non-empty names and modal operators, but its basic mechanism appears very versatile; ESS thus promises a systematic, unifying explanation for a wide range of seemingly incompatible semantic phenomena. Extending ESS to empty names and natural kind terms is the natural first step towards such unification and might contribute to breaking the long-standing deadlock between descriptivism and non-descriptivism in natural language semantics. This would not only bring philosophical semantics and linguistics closer together, but also be of significance for metaphysics and epistemology.