Affection in ancient Greece and Rome 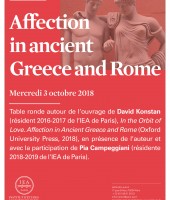