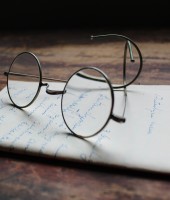 In recent years, scholars of political science and sociology have paid a growing attention to so called illiberal or authoritarian turns (Bluhm & Varga, 2019; Eatwell & Goodwin, 2018; Norris & Inglehart, 2019), that we understood here as infringements to the principles of liberal democracy, above all the Rule of law, human rights, and freedom of speech. Countries like Hungary, Poland, Brazil, Turkey, and Russia have experienced various forms of authoritarian or illiberal turns, but attacks against the principles of liberal democracy also take place in more stabilised democracies, where conservative or far right ideas, parties and movements seem on the rise, like in the United States, France, Germany, Italy or Spain, to name just a few (Kováts & Põim, 2015; Lacroix & Pranchère, 2018; Skocpol & Williamson, 2016).

Scholars, journalists, and artists have often been depicted as victims of such antiliberal moves, which has of course often been the case (Pető, 2021). However, public intellectuals and experts also play a crucial role in conservative mobilizations (Agrikoliansky & Collovald, 2014; Kuhar & Paternotte, 2017), the construction of public problems, and agenda-setting (Beaugé & Hajjat, 2014; Korolczuk & Graff, 2018). The emerging scholarship on intellectuals’ contributions to authoritarian turns, be it in their concrete implementation or more generally in their political legitimization (Behr, 2021; Plattner, 2019; Silva, 2020; Swartz, 2020) invites to an in-depth sociology of the academic, media and artistic fields, among others (Bourdieu, 1988, 1991, 1996; Sapiro, 1999).

Proposals may focus on one or more of the following issues:
- The sociology of conservative intellectual engagement: what is the social background of conservative/far right intellectuals? To what extent does it differ from the background of leftwing/progressive intellectuals?
- The sociology of the fields (academia, media, culture) in which conservative intellectuals evolve: to what extent do structural factors or changes within these fields explain conservative engagement?
- The history of ideas and of intellectual engagement: beyond the contemporary period, what can we learn from previous moments of illiberal backlash, such as interwar fascism, communist engagement, Cold War anticommunism, authoritarian regimes, etc.?
- The transnational circulation of ideas: how do illiberal ideas and repertoires circulate at the international level, or from one field to another? What are the channels (organisations, think tanks, conferences, etc.) and intermediaries that favour such a circulation? What transformations do illiberal ideas undergo as they move from one country or field to another?

Applications from PhD candidates are welcome.
Paper proposals including a short CV and an abstract of max. 500 words shall be sent to
valentin.behr@gmail.com and simonmassei@hotmail.fr by 14 March 2022 at the latest. The abstract should specify the topic of the presentation and the research methodology. Acceptance will be notified by the end of March. Limited funds are available to cover participants’ travel and accommodation costs: participants should inform the organisers if they require such funding for their trip to Paris.
Participants will be asked to send a paper that will be circulated before the workshop to facilitate the collective discussion.