The American Developmental State: The Origins of American Capitalism in Comparative Perspective 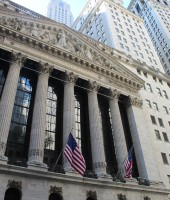 How can we best account for the historical trajectory of American capitalism over the “long” nineteenth century? Traditional explanations have assumed that market forces did the heavy lifting, bolstered by the presence of good institutions such as the rule of law and secure property rights. Working in this vein, economic historians Zorina Khan, John J. Wallis and Naomi Lamoreaux, among others, have fruitfully focused on the emergence of an “open access” market regime during the 1800s. But the rise of new economic powers in the twentieth century, particularly in East Asia, has brought another model to the fore: the developmental state. This view, as formulated by Alice
Amsden, Chalmers Johnson, Ha-Joon Chang, Yuen Yuen Ang and many others, places greater emphasis on proactive government policy. We believe that the insights of this literature extend far beyond its current geographical and temporal scope. With this conference we aim to deploy the idea of an “American developmental state” as a lens for investigating the formative years of US capitalism. Now is an opportune moment to reconsider the role of government in US economic history. Policymakers in Washington and elsewhere are launching bold new experiments with industrial policy. The tenets of the “Washington Consensus” are fast falling out of favor politically and ideologically. Scholars and journalists are observing the decline of “neoliberal globalization” and a
“homecoming” to domestic industry and reshoring of supply chains. Activists, workers, and citizens are clamoring for greater government involvement in securing a sustainable and fair future.

Historians are well positioned to contribute to this conversation, which has been hampered by incomplete understanding of how American institutions emerged and formed. The discussion among Americanists is similarly ripe for this line of inquiry. Americanists have spent much of the last two decades debunking the myth of the “weak” American state. Long viewed as feeble or altogether absent prior to the mid-twentieth century, the new consensus is that the American state has always been ‘powerful, capacious, tenacious, interventionist, and redistributive’ (William Novak). At the same time, historians of American slavery and indigenous dispossession have shown that state-backed violence is essential to understanding the country’s economic trajectory.
Whether these facets of US history all cohere in a single developmental project or whether they evidence multiple, competing developmental visions, is one question we propose to engage. More broadly, we wish to ask how state power was oriented toward governing economic life. Our goal is not only to uncover American state capacity but to explore government’s decisive role in directing, as well as shaping market activity.
Crucially, the developmental-state framework positions the US in a comparative light, bringing renewed focus to a very fundamental set of issues: What made the US like or unlike other young settler societies around the globe, and, more generally, other industrializing nations? How could we best characterize the relationships between state and private actors in the US, on the federal level and on the level of the states? What have been the social alignments, coalitions, and confrontations that shaped and reshaped American institutions over time? How is it that the US—long associated
with liberal markets—inspired figures such as Alexander Hamilton and Friedrich List to theorize key developmental approaches and policies? How would their insights modify or complement canonical accounts of American institutions that foreground commitment to competitive markets? Given the privileged place of the US as a model for policy formation around the world, the implications of this research agenda could be profound, destabilizing longstanding assumptions across the social sciences – in economics, political science, and comparative political economy – about the sources
and standards of economic “success.”

We are interested in bringing together a small group of historically-minded researchers to discuss a wide range of topics around this state-centered framework, including but not limited to: infrastructure investment and operation, trade policy, corporate regulation and antitrust, immigration, urban-rural linkages, wars and state violence, slavery and racecraft, socioeconomicstratification, settler land policy and indigenous dispossession, the environment and extraction, industry and manufacturing, education and technical training, patents and knowledge, fiscal and monetary policies, labor and work, inequality and political economic thought. Our objective is to establish a lively interdisciplinary and comparative conversation, putting Americanists in fruitful dialogue with non-Americanists.

We invite proposals (title, short abstract of 500 word or less, one page C.V.) from interested historically-minded scholars by January 17, 2023. Invitations to the event will be sent asap after.

Please submit at: n.maggor@qmul.ac.uk
Please also feel free to contact any of us with questions.