Accueil / Publications / Emotion : pleasure and pain in the brain 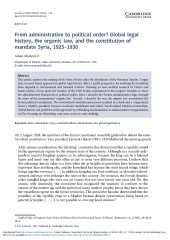