Accueil / Résidents / Deep in the Brain: Identity and Authenticity in Pediatric Gender Transition

Deep in the Brain: Identity and Authenticity in Pediatric Gender Transition 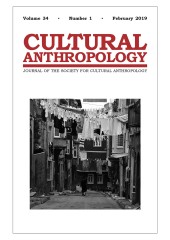 Based on an ethnography of clinical practices around gender-nonconforming and transgender children in the United States, this article explores the cultural and scientific notions of identity that shape this field. It examines the practice of diagnosing true gender identity in the clinic and situates the search for the foundation of identity in the inner depths of the self, and in children as harbingers of authenticity, as part of a broader cultural history. It addresses the scientific substantiation of the faith in innateness (“born this way”) and interiority (“from within”) of identity, as well as their political appeal. This article challenges the often taken-for-granted association of science with materialism—and the distribution of matter-idea along the nature–culture axis—by demonstrating the idealism that drives the siting of identity in the brain. Finally, it questions the assumption that it is the appeal of nature and biology that underlies the cultural attachment to entities such as the gene and the brain as locations for the origin of identity in the contemporary United States. Rather than the nature–culture dyad, this article argues that the internal-external dyad more accurately captures and explains this cultural attachment.