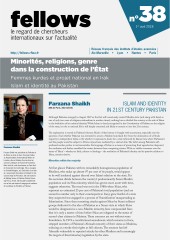 lthough Pakistan emerged in August 1947 as the first self-consciously created Muslim state (and along with Israel as one of only two cases of religious nationalism in modern times), nothing has so divided the country as the role of Islam in the definition of its national identity. While Islam is clearly recognised in the Constitution of Pakistan as the religion of the state, its role in national life is still deeply contested and likely to remain so into the 21st century.

The explanation is rooted in Pakistan’s history. Much of that history is fraught with uncertainty, especially over the question of (a) whether Pakistan was intended to secure a Muslim homeland free from the domination of a Hindu majority in independent India or (b) whether it expressed a desire for a state informed by Islamic law, where Parliament and the people would be subject to Divine injunctions mediated by a clerical elite. The habit among Pakistan’s self-professed secular parties to instrumentalise the language of Islam as a means of promoting their agendas has deepened the confusion and further muddied the waters between these competing visions. With no visible consensus over the terms of ‘Islam’ – whether as faith, culture or ideology – the resolution of Pakistan’s identity and its putative relation to Islam, remains elusive.