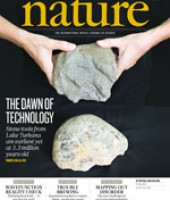 What happens in the brains of people who go from being peaceable neighbours to slaughtering each other on a mass scale? Back in 1997, neurosurgeon Itzhak Fried at the University of California, Los Angeles, conscious of the recent massacres in Bosnia and Rwanda, described this switch in behaviour in terms of a medical syndrome, which he called ‘Syndrome E’ 2. Nearly 20 years later, Fried brought sociologists, historians, psychologists and neuroscientists together at the Institute of Advanced Studies in Paris to discuss the question anew. At the conference, called 'The brains that pull the triggers', he talked to Nature about the need to consider this type of mass murder in scientific as well as sociological terms, and about the challenge of establishing interdisciplinary dialogue in this sensitive area.