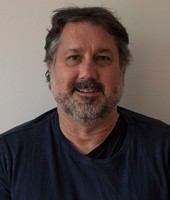 Robert Desjarlais, 2020-2021 Paris IAS Fellow, presents her research project at the weekly internal seminar. The presentation will be discussed by Colin Jones, Professor of History at Queen Mary University in London and resident of the IEA Paris 2020-2021.

This research and writing project attends to the politically charged circumstances of life, death, burial, mourning, and collective memory and forgetting in situations of police violence against Algerians in France in the late 1950s and early 1960s, during the Algerian war of independence. In particular, I consider the life, death, and afterlife of a man who was seriously wounded by the police during a collective protest on 17 October 1961, and who died the following night under obscure circumstances. In drawing from various photographic, historical, archival materials, and in-depth anthropological and historiographic inquiries, the research attends to the circumstances and politics of the man’s death, the legal-medical-bureaucratic regard and inhumation of his corpse, and the complex interweave of traces and absences in subsequent years.