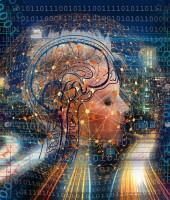 Symposium in English. Free entrance upon compulsory registration. See forms at the bottom of the page.

The design of new cities and the management of old cities face complexities that require a renewal of all existing models and methodologies that fragment approaches into multiple actors that are difficult to coordinate. The major upheavals not only in climate and energy but also, for example, in lifestyles and issues of health, education, violence and security, etc., require new ideas and practices. A project to reflect on this subject has been launched since 2021 by the "Brain, Culture, and Society" Program of the Paris Institute for Advanced Study. It was conceived by an industrialist, François Pitti, an architect and teacher, Davide Ruzzon, and a neuroscientist, Alain Berthoz.
The central idea of the project is to investigate whether the principles of functioning of the brain and more generally of biological organisms, which have to deal with such complexities, can be useful to inspire a renewal of modern approaches and methods of the city. To focus the reflection on this vast question, a multidisciplinary group of experts has chosen first, the theme of "temporal and spatial scales". A second symposium entitled "Emotion and Memory" organized by the Neuroscience and Architecture program of the University of Venice will take place in 2023 in cooperation with the Paris IAS.

In keeping with the tradition of the Paris Institute for Advanced Study, each speaker is encouraged not to simply present his or her work but to propose new avenues at the boundaries of the disciplines. Discussions will also involve the public.

Davide Ruzzon (Architect, Tuned Lombardini22, Director of the Neuroscience and Architecture Program University of Venice) "MLXL From the belly of architecture to the public realm. Embodied simulation throughout the spatial scales: why its consistency could be so important?"

Jean-François Daures (Architect, Agence Archivision) "The architecture hybridizing the elements of the plant kingdom is alive. It expresses itself both by evolving through time, and in all scales, from the microcosm to the macro-urban scale"

Patrick Mauger (Architect, Member French Académy of Architecture) "A simplified model of how the humain brain is organized into three nested networks we use in architecture"

Jean-Claude Gallet (To be confirmed)