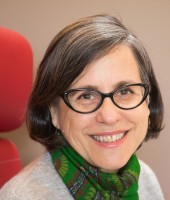 Cristina Rocha is Professor of Anthropology and Director of the Religion and Society Research Cluster, Western Sydney University, Australia. She is a former President of the Australian Association for the Study of Religion (2018–2019). She co-edits the Journal of Global Buddhism and the Religion in the Americas series, Brill. She has held Visiting Researcher positions at Utrecht University (Netherlands), Kings College and Queen Mary College (UK), CUNY Graduate Centre (US), and the Max Planck Institute for Religious and Ethnic Diversity (Germany). Her research focuses on the intersections of globalisation, migration and religion.

Anthropology of Religion and Globalisation, Transnationalism and Migration, Pentecostalism, Healing, Spirituality, The New Age, Buddhism in the West

Christianity is undergoing significant transformations in a global, digital and post-secular age. The explosion of Pentecostal and Charismatic churches, particularly in the Global South, is simultaneously shifting the geographies of Christianity away from the West and creating porous religious communities and imaginaries across borders. New and reconfigured forms of Christianity are increasingly digitally mediated, engaged with youth cultures, and involving new forms of consumption, branding and identity.

This project grapples with these developments by analysing the arrival of Australian “Cool” megachurches in Brazil. It contributes significant new knowledge to areas at the forefront of debates on globalisation, religion and migration: the ways in which religion is globalised and localised in everyday life; the role of religion in migration; and the continuing vitality of religion in the public sphere in late modernity. Following the material turn, this study moves beyond ‘belief’ as a central category, and seeks to understand how assemblages of peoples, materialities and practices co-constitute one another and are sensitive to regimes of power.

It investigates how these megachurches—with their celebrity pastors, services that resemble night clubs, award-winning worship bands, corporate-like buildings, intensive use of social media—communicate excitement, modernity, and cosmopolitanism in a country where Pentecostalism is associated with the poor, corruption and marginality.