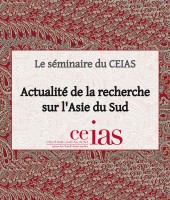 Urban studies, at the moment, is dominated by very sophisticated efforts at construing renewed theorisations of the urban, ones that are more appropriate to making better sense of a highly differentiated, often discontinuous, and not surprisingly contradictory manifestations of global urbanism. There is, however, a concerted risk here of such an exercise ending up chasing its own tail where, despite assertions about the urban being more than a spatial category, a conceptual preoccupation with the planetary forms of the urban has distracted this debate from interrogating more closely the urban as a political object. In a context where the ubiquitous lens of neoliberalism has been commonly employed as a neat politico-analytical filter to sort through the discursive details of capitalist urban transformations, this paper is not just a simple questioning of ‘the uses of neoliberalism’ (Ferguson 2010), as it argues instead for a more provocative theorisation of the state to crucially recalibrate urban theory. This notion of the state as an operative keyword within critical urban theory is related to parallel attempts at postcolonialising or provincialising where rethinking the state is central to shifting the theoretical axis from the North to the South (Parnell and Robinson 2012). In pursuit of a generative site where new epistemologies of the urban can be unravelled through reimagined ontologies of the state, this paper is based on one chapter from my current monograph providing an ethnographic encounter with the southern Indian city of Chennai which underscores the significance of the Dravidian state in the making and unmaking of the city. Focussing on the empirical expressions of statecraft, it finds that state encounters with the urban involves simultaneous engagements with policies ranging from various degrees of neoliberalism to populist and welfare paternalism indicating the murky workings of a socio-capitalist state. Exploring three specific sites of the state-urban interface - infrastructure, monuments, and (pseudo)welfare – I trace a ‘spectral city in the making, one that is not necessarily about failure and thus new meanings to our understanding of the urban as a state-space.