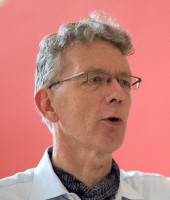 Conference in English. Compulsory registration via the ENS Paris-Saclay Intranet.

The impact of war on rural society/environment especially in the global south has been ignored causing (1)agricultural underdevelopment; (2)outmigration; (3) climate crisis. A key factor is how the overlapping nested conceptual binaries Nature-Culture/Primitive-Civilized/Non-West-West/Rural-Urban shape (re-)imaginations of pasts and presents through hisCotorokiesy and memory work: because the rural global south is presumed to live in and by Nature, post-disaster recovery is not problematized.

I focus on the direct and indirect impact of war practices on ways of life and livelihoods in the short and long terms highlighting both material and immaterial recovery. I use a selection of Cold War insurgencies, including the Indonesian Independence War, the French Indochina and Algerian Wars, the Biafran War, and the Liberation and Civil Wars in Angola, Mozambique, Namibia, and South Africa. My talk discusses three cases in detail, highlighting the limits/potential of speciﬁc sources and methods.