Home / Events / Immigration, integration, and the republican ideal in France and the USA

Immigration, integration, and the republican ideal in France and the USA 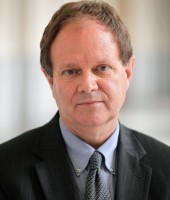 Picking up in the spring of 2022, the Cartes Blanches series will allow, twice a month, one of the IAS research fellows to talk on a topic of his or her choice related to contemporary societal issues and extra-academic environments.

In this program, Francois Héran and James Hollifield compare the history of immigration, integration, and the republican ideal in France and the United States.  France has a longer history of immigration than any other country in Western Europe, and French immigration policy has been shaped by demographic forces—the early demographic transition and stagnation of the French population in the 19th century—and by the republican tradition dating from the French Revolution, which is strongly nationalist, universalist, and secular (laïque).  After World War II, France moved quickly to import foreign labor (immigrant workers) to boost economic reconstruction, first from neighboring countries and eventually from former colonies in North and West Africa.  With the economic shocks of the 1970s, the French government tried to stop immigration, but immigration continued at historically high levels, fed by family and refugee immigration, and the sources of immigration became more diverse, leading to a large, settled population of Muslim immigrants from former colonies.  A rightwing populist backlash against immigration was building from the 1980s and today controversies swirl around the integration of a large foreign population, pushing the limits of republicanism and revealing the many contradictions of laïcité and the republican ideal.  In the USA the republican ideal is in tension with liberalism and multiculturalism and the new nativism with the rise of “Trumpisme”.  In this conversation, Francois Héran and James Hollifield explore the roots, tensions, and prospects of the French and American models of immigration and citizenship.

Carte Blanche in English.
No registration needed. Join this Carte Blanche on June 14th at 7pm (Paris time) on the IAS YouTube channel.