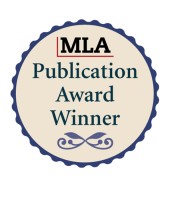 New York, NY - December 4, 2019
The Modern Language Association of America (MLA) awards its thirteenth Aldo and Jeanne Scaglione Prize for Studies in Slavic Languages and Literatures to Léonid Livak, University of Toronto, former resident of the IAS in Paris, for his book In Search of Russian Modernism, published by Johns Hopkins University Press in 2019. A scientific work carried out during his residency at the IAS in Paris in 2014-2015.

Every two years, the Scaglione Prize is awarded for outstanding scientific work on the linguistics or literature of Slavic languages, including Belarusian, Bulgarian, Croatian, Czech, Polish, Russian, Serbian, Slovak, Slovenian, Ukrainian and Czech. This award will be presented on January 11, 2020, at the MLA Association's annual convention.