The Social and Political World of Maximilien Robespierre during the Terror 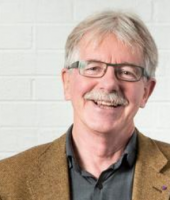 Weekly internal seminar by Colin Jones, 2020-2021 Paris IAS Fellow.
The presentation of his research project will be discussed by Stephen Sawyer, professor at the American University of Paris, director of the Center for Critical Democracy Studies.

Maximilien Robespierre is one of the most endlessly fascinating, and most studied figures in French revolutionary history. This project seeks to reconstruct his social and political world in the period of the Terror, examining not only his relations with national politicians but also the wide range of individuals whom he encountered and with whom he developed relations in his everyday life, both political and personal. Using primary sources little tapped by scholars, the project seeks not only to offer a fresh and revealing perspective on the most notorious politician of the Revolutionary decade but also to reexamine some of the ways that politics worked under the Terror. The Revolution is often seen as the seedplot of modern politics by dint of the ways in which power was constructed around ideological positions. Yet older, more patronage – and friendship – based relational networks persisted, taking new forms after 1789. They were inflected not only by political ideas but also to some extent by the emergent cult of celebrity. Through the lens of Robespierre’s career under the Terror, the study will aim to illuminate the articulation of ideas, patronage, celebrity and influence at this formative moment in modern political history.