Violence, Values and the Brain 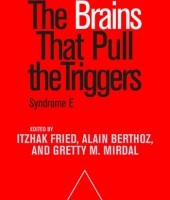 What goes on in the brains of ordinary persons when they become barbaric mass-murderers? How can brain research contribute to the understanding of the processes that lead to the annihilation of fellow human beings?

The transformation of groups of previously nonviolent individuals into repetitive killers of defenceless members of society has been a recurring phenomenon throughout history. This apparent transition of large numbers of seemingly normal, “ordinary” individuals, to perpetrators of extreme atrocities is one of the most striking variants of human behaviour, and it has been a topic of permanent preoccupation in the human and social sciences. How can the impressive progresses of the neurosciences add to this knowledge?  Can a dialogue between researchers in the humanities, social sciences, and neurosciences help us to understand, and hopefully prevent the processes leading to extreme violence?

In order to investigate these questions, the “Brain, culture and society program” of the Paris Institute of Advanced Study arranged three international conferences from 2015 to 2018 with eminent neuroscientists, sociologists, philosophers, jurists, psychologists, and psychiatrists to discuss their research on violence and group phenomena, and foster a multidisciplinary approach to the problem of “evil”. The results of these three conferences are to be found in the book The Brains that pull the Triggers to appear at Odile Jacob – Paris/New York in spring 2021. The main conclusions will be presented in this roundtable along with new developments.

The Brains that Pull the Triggers: Syndrome E then and now

Dehumanization and the value of a human life

Are empathy and violence compatible?

Concluding remarks: Violence, values and the brain across disciplinary borders