Home / Events / Properties of Belonging: Property, Nationality, and Family in the Late Ottoman Gulf of Basra

Properties of Belonging: Property, Nationality, and Family in the Late Ottoman Gulf of Basra 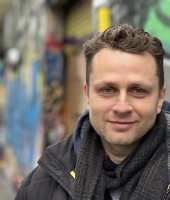 Lecture organized by Noam Maggor, 2022-2023 Paris IAS Fellow, with the participation of Camille Cole, Jesus College Cambridge, as part of the seminar series of the United States Political Economy Lab, AUP.
This series is co-hosted by the Intitut d’études avancées de Paris and the Center for Critical Democracy Studies at AUP.

How can we best account for the historical trajectory of American capitalism? Traditional explanations have assumed that market forces did the heavy lifting, with the state serving a secondary role if at all. Now is an opportune time to reconsider these entrenched perspectives and recover the proactive role of government in American economy history. To this end, the United States Political Economy Lab (UPEL) gathers an international cohort of historians and economists with interest in the history of American capitalism over the long nineteenth century. Our goal has been to rethink market-drive paradigms that have long framed our understanding of the political economy of the United States, and especially the shifting relations between state and markets