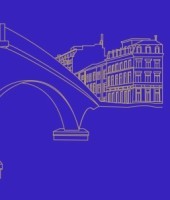 Weekly internal seminar by Thiago Chacon, Assistant Professor of Linguistics at the University of Brasilia and 2021-2022 Paris IAS Fellow.

In this talk I will discuss what is linguistic diversity, how it is deeply connected to human history and how it crucially relies on the ways societies are politically, culturally and spatially organized on a global and local scale. After introducing the audience to the basic facts and concepts of linguistic diversity, we will explore the points of success and failure of general models that try to explain the major factors that have historically shaped world’s patterns of linguistic diversity. In particular, the Americas, and more specifically the Amazon, figure as one of the outstanding regions where the adpatation and develeopment of new models are utterly required. By discussing particular features of Amazonian language ecologies, I argue that models of linguistic diversity can be improved if we take into account the concept of inter-ethnic multilingual social networks, which describes a basic set of relations between language and the dyanmics of extra-linguistic dimensions (such as the environment, ethnicity, social and poltical units, trade, intermarriage and gender) that ultimately create, shape and sustain greater linguistic diversity than in other social settings. This concept also implies that our traditional models of language change and evolution need to incorporate more centrally the role of inter-ethnic relations and language contact, which require alternatives to the taditional “family tree” model. I explore the concept of inter-ethnic multilingual social networks at different scales, from the local history of Tukanoan and Arawakan languages in the Amazon, to cross-regional comparisons with situations in Melanesia, West Africa, Europe, and its role in predicting linguistic diversity on a gloabl scale. As a conclusion, I suggest we could think of linguistic diversity as an outcome of the way humans have created social technologies as solutions to inter-ethnic relations and multilingualism along our history, which makes the existing places of high linguistic diversity and multilingualism as important examples we could learn from, not only to understand the past and present, but also to plan for the future of our local and global communities.