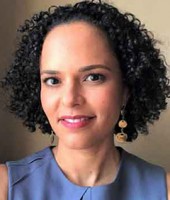 While museums in Europe and North America have occasionally returned objects to their native communities or lands of arrival, the issue of repatriation gained an accelerated epistemological and ethical momentum at the end of 2018. What is the responsibility of museums to objects taken into their collections by violence or deceit during the colonial times or wars? What is the role of museum-object-repatriation in the recognition of colonial and military violence? What are the procedural and ethical differences between repatriation, restitution, and other possible forms of reparations?

Register for the online event