October Session of the Intercontinental Academia 4 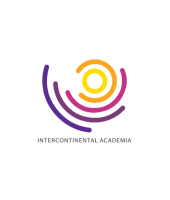 From October 18 to 27, the 4th edition of the Intercontinental Academia (ICA) on Intelligence and Artificial Intelligence continues at the Paris IAS, with the support of the UBIAS network and the IEAT UFMG - Institute for Advanced Study, Universidad Federal Minas Gerais.

Established 4 years ago, the Intercontinental Academia (ICA) aims to create a global network of future research leaders by connecting the world's best early/mid-career researchers with internationally recognized scholars to work together on groundbreaking interdisciplinary research. This initiative represents a real opportunity for young researchers from around the world to engage in collaborative, interdisciplinary study.

The fourth edition of the ICA, which takes place over the year 2021 and 2022, explores the complementarities between Artificial Intelligence and Neuroscience/Cognitive Science, and aims to reflect on the scientific, technical and societal issues raised by the development of artificial intelligence.

19 researchers from universities and research institutes in Brazil, Germany, France, the United Kingdom, Poland, the United States, Japan, South Africa, Israel and the Netherlands have been chosen through a selective process to participate. They are supported by 16 mentors: renowned and internationally recognized researchers in various scientific, philosophical and other fields. Among them are the economist and professor at the Collège de France, Philippe Aghion, Robert Aumann, winner of the 2005 Nobel Prize in Economics, Martin Rees, co-founder of the Centre for the Study of Existential Risk (CSER) at the University of Cambridge, and Karen Yeung.

After an opening session that took place virtually from June 13 to 18, the Paris IAS is organizing and hosting the October working days, with the final session to be held in June 2022 in Belo Horizonte.

In parallel to the closed working sessions that will take place at the IAS, a roundtable entitled Challenges of AI in the next two decades will be open to the public on October 22 at 3:00 p.m. and will bring together some of the mentors (more details to come).
Conferences and workshops are also scheduled in three Parisian universities that are partners of the Paris IAS: Paris-Saclay University, ENS and Sorbonne University.