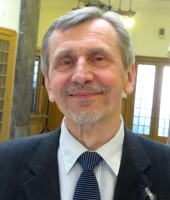 Talk by Mykola Riabchuk, 2021-2022 Paris IAS Fellow, as part of the symposium "Ukraine in the Context of Thirty Years of Identity-Building, organized by the Contemporary Ukraine Studies Program at the Canadian Institute of Ukraine Studies, University of Alberta, in cooperation with the Wirth Institute for Austrian and Central European Studies, University of Alberta, as well as the Institute of Central Europe and the European Neighbourhood Policy Chair, College of Europe.

2021 marks the thirtieth anniversary of the fall of Soviet Communism, a milestone for the region comprising former Soviet republics and satellite states. Each of these new sovereign entities has its own day of independence to celebrate, with the majority of them breaking away from the Kremlin’s grip in 1989–91. The thirtieth anniversary presents us with the opportunity to examine the post-Communist transition in Ukraine in the comparative context of other countries of Central and Eastern Europe (CEE).

Mykola Riabchuk will talk about the recent book Meandering in Transition. Thirty Years of Reforms and Identity in Post-Communist Europe (Lanham MD: Rowman & Littlefield, 2021) he contribued to.

More information on the symposium here