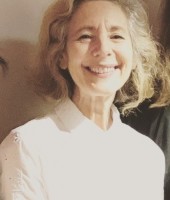 Lecture by Francesca Rochberg, Distinguished Professor of Near Eastern Studies at the University of California, Berkeley, organized by Markham Geller, Research Fellow at the Paris IAS, with the participation of Mathieu Husson, CNRS Associate Research Professor for the History of Astronomy at the Observatoire de Paris, and PI of the ALFA ERC Project (« Shaping a European scientific scene: Alfonsine Astronomy »).

This presentation deals with the way astronomy is implicated in conceptions of world structure. In the classic depiction of the great paradigm shift from the geocentric to the heliocentric world structure, astronomy was centrally important to both.  But the shift from geocentrism to heliocentrism was not the first time in antiquity that astronomy and a world construction in which it functioned underwent a fundamental change.  The core claim of this presentation is that 2000 years before Copernicus there was an equally monumental paradigm shift involving a world structure and the place of astronomy in it that took place at the intersection of the cuneiform world and that of the Greek and Hellenistic.

Francesca Rochberg is Catherine and William L. Magistretti Distinguished Professor of Near Eastern Studies in the Department of Middle Eastern Languages and Cultures and the Office for the History of Science and Technology at the University of California, Berkeley. She is a Guggenheim Fellow (1993-94) and a MacArthur Fellow (1982-87) and has held various Visiting Fellowships at Magdalen College, Oxford, the Institute for Advanced Study, Princeton, the Institute for the Study of the Ancient World at NYU, Ludwig-Maximilian Universität, München, and the Freie Universität Berlin. Her book, Babylonian Horoscopes (American Philosophical Society, 1998) won the 1999 John Frederick Lewis Award from the American Philosophical Society. Her most recent books include Before Nature: Cuneiform Knowledge and the History of Science (Chicago, 2016, 2020) and 2020 (co-edited with Alan C. Bowen) Hellenistic Astronomy: The Science in Its Contexts (Brill, 2020), which received the Choice Award as Outstanding Academic Title for 2020.