Climate emergency and energy transformation: democracy and law in transition 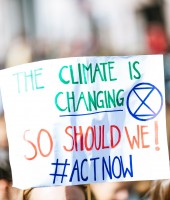 Workshops organized by Leslie-Anne Duvic-Paoli, Paris IAS Fellow, with the support of the Paris Institute for Advanced Study.

Workshops closed to the public.

This event aims to reflect on the ability of law and public policies to respond to the societal implications of the climate emergency. Taking the form of a dialogue between lawyers, philosophers and political scientists, it aims to think about the foundations and contours of democracy in the context of the climate emergency and related energy reforms.

We are facing both a climatic and democratic crisis. The socio-economic transformations set to occur in the next few years will determine our ability to limit temperature rises in line with the objectives of the Paris Agreement. The climate change problem and the transition to a low-carbon economy are often conceptualised as technological challenges. However, in recent years, the social dimensions of the ecological emergency have emerged more clearly, as was exemplified by the ‘Yellow Vests’ movement in France that emphasized the mistrust of the public vis-à-vis their elected representatives and democratic institutions. These challenges raise fundamental questions of political philosophy on the role of democracy in times of crisis as well as policy and legal questions related to the modalities of public participation in decision-making.

Session 1 – Democracy in danger? Understanding the state of 'climate emergency'

The first session aims to understand the philosophical, legal and political foundations and implications of a permanent state of climate emergency. Climate emergency declarations have multiplied since the first such declaration by the city of Darebin (Australia) in December 2016. However, the concept is ill-defined and its political and legal implications unclear. The questions raised will be as follows:

Session 3 – Democratic renewal? Reflections on the contribution of adjectival democracy

• How suited is the concept of ‘environmental democracy’ to respond to the climate emergency?

• Does the energy transition call for a different understanding of democracy? What is the added value, or shortcomings, of the concept of ‘energy democracy’?

• What lessons can we learn from other democracies with adjectives (technological, health, etc.)?