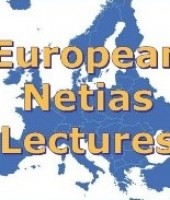 Webconference by Ilaria Porciani, Department of History and Cultures, Institute of Advanced Studies, Bologna, Italy, as part of a series of conferences organized with the support of the European Netias network on the theme of Borders.

This lecture suggests the need to rethink to what extent food shaped banal nationalism in 19th Century Europe and beyond. It also points out the danger of focusing on nation-states when turning food into heritage: even nomination of dishes to intangible heritage can fuel food wars.

Last but not least, populism can appropriate the language of food to develop frictions and polarize aggressive feelings. While politicians of various European countries do so, celebrated chefs speak the language of hybridity, integration, and sustainability.