Home / Events / When is Religion a “Conversation-Stopper”? The Rise of Religion in the Public Square

When is Religion a “Conversation-Stopper”? The Rise of Religion in the Public Square 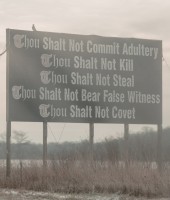 Starting in the spring of 2021, the Cartes Blanches series will allow, once a month, one of the IAS research fellows to talk on a topic of his or her choice related to contemporary societal issues and extra-academic environments.

In recent decades, the intersection of religion and political agendas has become an increasing phenomenon in the world. Hindu nationalism in India, for example, has risen under the current government leadership of prime minister, Nohendra Modi. Donald Trump marshalled the unapologetic and vehement support of evangelical Christians in the United States. In October, 2020 a brutal murder of teacher Samuel Paty occurred at the hands of an Islamist terrorist. That event, provoked by Paty’s careful and sensitive presentation of the controversial images of Mohammed published in the journal, Charlie Hebdo, re-kindled the debate in France about the meaning of laïcité—in this case, how to respond to radical religion in the public sphere in a society founded on the right to free speech and the separation of church and state.
All of these examples, though vastly different in form and context, reflect the conflation of the religious and political domains that confront the world, and in particular, religion’s increased influence in the public sphere. For many these events have provoked a vehement denunciation of religion’s role in the public square, and they have lashed out at religion as a “conversation-stopper,” as the American philosopher, Richard Rorty, once put it. By this he meant a type of appeal to authority for any social or moral question that ends rational discussion, which he thought should be banned from the public sphere.

In this brief talk, Perry Myers wants to approach the topic by discussing the role of religious sentiment in the public square, and by addressing the question: When is religion a “conversation-stopper”?

Review the first Carte Blanche of 29 April 2021, When is Religion a “Conversation-Stopper”? The Rise of Religion in the Public Square, with the participation of Perry Myers :