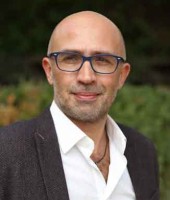 Murat Akan is Associate Professor of Comparative Politics, Political Theory, and Turkish Politics in the Department of Political Science and International Relations at Boğaziçi University, Istanbul. He holds a Ph.D. in Political Science (2005) from Columbia University, New York. He was a research fellow at the Institut d’études avancées de Nantes (2019-2020), the Max-Planck-Institute for the Study of Religious and Ethnic Diversity in Göttingen (2012-2013) and University of Amsterdam (non-resident fellow, 2009-2012). He has held visiting positions at L’École des Hautes Études en Sciences Sociales (EHESS), Fondation Maison des sciences de l’homme (FMSH), Droit, Religion, Entreprise et Société (DRES) in University of Strasbourg, Groupe Sociétés, Religions, Laïcités (GSRL) in CNRS-EPHE-PSL, the Institute for Middle East Studies in George Washington University.  His research on secularism and institutional change in France and Turkey has appeared in various journals and his book Politics of Secularism: Religion, Diversity, and Institutional Change in France and Turkey was published by Columbia University Press in 2017.

The Politics of De-democratization: A Comparative Analysis of India, Turkey and the Second French Republic

The current wave of de-democratization has hit countries very different from each other, eroding established analytical distinctions in the social sciences. This research project contributes to the de-democratization and populism literature with a comparative analysis of India, Turkey and the Second French Republic.

These two countries seem to be located at the very opposite ends of a scale of democratic political systems, on the one hand decentralized systems with a lot of internal opposition, and on the other hand centralized systems with little opposition. Furthermore some political parties in the two countries with similar ideologies and programmes - the Justice and Development Party (APK) in Turkey and the Bharatiya Janata Party (BJP) in India - face different institutional obstacles and opposition in their quest for centralization of power.The AKP, after instituting a president - government system centralization power, experienced a setback with the 2019 local elections. The BJP's attempts to centralize power has been facing federal obstacles, and since the 2019 Indian general elections, it has lost significant ground in local elections.

In another scale of time, the French Second Republic (1848-1852), which was a presidential system with a unicameral parliament like Turkey today, is the example of a case of de-democratization turning into a regime breakdown with Napoleon III declaring himself emperor in 1851.

The comparison between these three regimes will lay out the similarities and differences in the politics of de-democratization and the resistances they face.