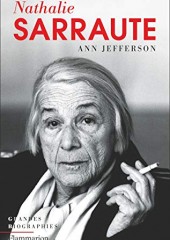 Now read and celebrated throughout the world, Nathalie Sarraute (1900-1999) liked to repeat that she "had no biography". In fact, his life was durably marked by the events of his time. Born in Russia, tossed between divorced parents, she lived a lonely childhood, caught between two lives, between two worlds: from tsarist Russia to Russian emigration to Paris, or later in hiding under the Occupation, which imposed a Jewish identity on her. However, Nathalie Sarraute's life was elsewhere, entirely turned towards the fulfilment of her vocation as a writer. A refugee very early in the books, a passionate lover of literature, she developed a form of writing that, from the late 1930s, paved the way for modernity with her Tropisms.

This first major biography, based on unpublished archives, shows the difficult emergence of his work in the post-war literary universe dominated by the Sartre-Beauvoir couple. Nathalie Sarraute went on a long journey before becoming the leading figure of the New Novel, always worried about not being understood, never ceasing to experiment, including in the theatre or on the radio.

Close to Hannah Arendt, an activist for the right of women to vote, a participant in May 1968 and a defender of the young State of Israel, the writer was also attentive in her time: she displayed her political commitments with the vigour of the fighter she never ceased to be, fighting there again with her own weapons: words.