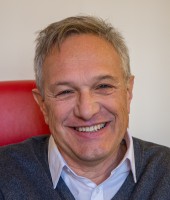 Pascal Boyer studied philosophy and anthropology at University of Paris and Cambridge, where he did his graduate work with Professor Jack Goody, on the memory constraints on transmission of oral literature. He has done anthropological fieldwork in Cameroon on the transmission of the Fang oral epics and on Fang traditional religion. Since then, he has worked mostly on the experimental study of cognitive capacities underling cultural transmission. The aim is to gather behavioral, developmental and neuro-cognitive evidence for domain-specific capacities in human minds. An anthropological application of these results was a series of studies on religious concepts and their retention in memory, as well as a more general description of the cognitive processes involved in transmission of religious concepts. After teaching in Cambridge, San Diego, Lyon and Santa Barbara, Pascal Boyer moved to his present position at the departments of anthropology and psychology at Washington University, St. Louis. He is the author of, among other publications, Religion Explained (Basic Books, 2001) and Minds make societies (Yale UP, 2018).

Cognitive Dynamics and the Diversity of Religions: Concepts, Communication and Commitment

The aim of this project is to provide a new, synthetic model of the cognitive processes involved in the acquisition and diffusion of religious representations, by focusing on three mains questions, namely:

1. Concepts. Which religious representations are acquired and transformed by human minds, in such a way that they become culturally widespread? A few types of religious concepts (e.g., ancestors, spirits, gods) display recurrent features in otherwise very different cultures. What explains these similarities?

2. Communication and belief. What processes lead to some representations being held as true and to what extent religious beliefs differ, in terms of reasoning, from other kinds of belief?

3. Commitment and participation. What processes make some religious beliefs the basis for alliances and groups? The aim is to explain this process on the basis of a more general understanding of the evolutionary and cognitive processes of group-formation – how human beings manage the benefits and costs of building and maintaining alliances.

In addressing these three questions, one should pay special attention to the diversity of religious traditions, and in particular, to the crucial distinction between the religions of small-communities, what we often call “traditional” religions, and the doctrinal or “organized” religions that are familiar to most of us, a contrast that might be better described as that between “wild” and “domesticated” traditions (Boyer, 2019). This distinction is important to understand the processes that explain the acquisition of concepts, the formation of beliefs and the constitution of religion-based groups.

The general strategy in this project is to combine two different domains of scholarship: on the one hand, our best knowledge of different religious systems, based on the historical and anthropological records – which in recent years has been considerably enriched by large-scale comparative data-bases and diffusion models; on the other, findings and models from the neuro-sciences, experimental psychology and evolutionary biology, which provide detailed accounts of the individual psychological processes that underpin the cultural phenomena described in this project.