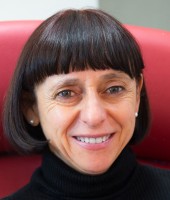 Professor
Sapienza Università di Roma
For a History of the Idea of Poetry. Poetry and contingency in the Italian Middle Ages
01 September 2021 -
30 June 2022
Literature

Related interests include the relationship between Literature and Philosophy, History of Ideas, reception Studies. Currently, she is working on Poetry as an epistemic issue through the Ages in order to trace a “longue durée” history of this concept.

For a History of the Idea of Poetry. Poetry and contingency in the Italian Middle Ages

Is it possible to write a history of ideas that deals with poetry? This project aims to respond to this question, while focusing on the Italian domain. It will reconstruct the medieval birth and evolution of perennial and nonetheless conflicting ideas on poetry.

In our times, these ideas are still at the heart of a debate that is nourished by the tension between the idea of poetry as truth (divine, philosophic, or simply abstract) on the one hand and, on the other hand, poetry as a mirror of reality’s multiple manifestations. This tension had its origins in the Platonic tradition that was transmitted from late Antiquity down to the Middle Ages.

Thus, medieval poetry brought to its heir, Neolatin literature, conflicting appreciations of poetry: first, poetry is associated with the contingent, the realm of appearances, falsehood and instability; second, theological or philosophical poetry is identified with universal truth but its valorisation is troubled by the idea that the poetical image is rooted in sensory perception.

It conceives of literary culture as a crossroads of multiple discourses (philosophy, science, literature), based on the hypothesis that it is exactly on this crossroads that literature develops its specific epistemic trajectories within society.