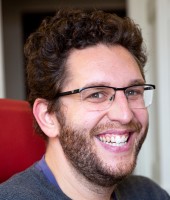 Researcher
University of Strasbourg
The Robert Zajonc Institute for Social Studies of the University of Warsaw
Transnational production and circulation of ideas from the periphery. Polish conservative intellectuals and the critique of liberal democracy.
01 September 2021 -
30 June 2022
Political science

Valentin Behr is a political scientist. He obtained his PhD at the University of Strasbourg in 2017. His PhD dissertation was dedicated to a socio-historical analysis of the Polish historiography of the 1939-1989 period. It shows how Polish historians of the recent past have been dealing with political constraints, mainly state-sponsored narratives (historical policy), from 1945 to 2015.

He has been involved in several research projects, including “ValEUR: Governing values, governing through values, governed by values? The European Union as a risk polity” (Université libre de Bruxelles, Cevipol), “The Polish executive: social background, careers and resources of its members” (University of Warsaw, The Robert Zajonc Institute for Social Studies) and “PolEco: L'Eurocratie revisitée à l'aune des trajectoires d'auxiliaires politiques. Sociologie des relations entre politique et économie” (University of Strasbourg, UMR 7363 SAGE). He is also an associate researcher at the Center for French Studies of the University of Warsaw.

Valentin Behr has taught at the universities of Strasbourg, Paris-3 Sorbonne Nouvelle, Paris-Dauphine, Warsaw and Katowice.

Transnational production and circulation of ideas from the periphery. Polish conservative intellectuals and the critique of liberal democracy

This research provides an in-depth study of the involvement of Polish intellectuals in transnational conservative networks since the end of the Cold War, complemented by a case-study on the French intellectuals involved in these networks. It tackles three topical issues of social sciences: populism and conservative Right parties; European values; the transnational circulation of political ideas.

In order to identify the ideological sources of the critique of liberal democracy, the research focuses on the actors contributing to the work of ideological production and the transnational networks to which they participate. It traces the exchanges between conservative intellectuals on both sides of the former Iron Curtain since the end of the Cold War in order to understand the references and mutual influences between different streams of the European conservative Right. Its empirical focus is on the intellectuals who have played a key role in shaping the Law and Justice (PiS) party’s political program and ideology and on their involvement in the transnational circulation of conservative ideas. Although Poland is often considered as a peripheral space in the transnational circulation of ideas, the project investigates the work of ideological production carried out by Polish intellectuals, while embedding them in a broader dynamic of transnational exchanges.

In so doing, this research aims at providing new insights into the ideological reconfigurations of the conservative Right in Europe.