Paris IAS in the media

Editorial on War in Ukrain and Refugees 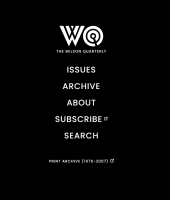 Much has changed since the publication of the Fall 2021 issue of the Wilson Quarterly, “Humanity in Motion.” Russia’s invasion of Ukraine in February 2022 has led within a matter of weeks to the largest migrations in Europe since the Second World War, displacing more than 10 million Ukrainians, including over 4 million who fled to neighboring countries, and almost 7 million who are internally displaced. By some estimates, a prolonged conflict could result in one-fourth of the pre-war population of Ukraine (43.3 million) seeking refuge abroad, making the Russia-Ukraine war one of the largest humanitarian disasters since the partition of India in 1947.