Home / Publications / Archaeogenetics of Africa and of the African Hunter-Gatherers

Archaeogenetics of Africa and of the African Hunter-Gatherers 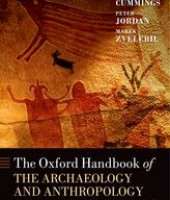 East African foragers were probably the first who colonized most of the world before the invention of agriculture—their first biologically successful migration out of Africa can be inferred from the mtDNA phylogeny and dated to ~ 65,000 years ago. They were also involved in other migrations within the African continent during Late Pleistocene, as shown from a high-resolution characterization of several other African mtDNA haplogroups. Contemporary African hunter-gatherers differ from their neighbours in many aspects. They all show signs of demographic contraction that might be due to interrupted gene flow among their sub-populations caused by recent establishments of sedentary farming communities. In fact, they are not independent and maintain both cultural exchanges and marital relationships with neighbouring farmers. However, in spite of recent admixtures, their gene pool still contains a high number of both maternal and paternal lineages that coalesce to the deepest clades of modern human phylogeny.