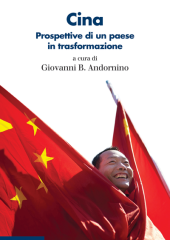 China is transforming the dynamics of global politics more than any other country in the world, yet we know little about it. Often the object of stereotyped readings and almost absent from school curricula, the People's Republic of China aspires to a leading role in the 21st century. The United States and the European Union define it as a partner in some areas of common interest and as a competitor in the economic field, but also as a systemic rival insofar as it promotes a model of state and society alternative to the liberal and democratic one. But what characterizes this model?

A century after the founding of the Chinese Communist Party, this volume outlines the new political and socio-economic physiognomy of China in what its leader, Xi Jinping, calls the "new era".