Home / Publications / Going Off to the War in Hungary: French Nobles and Crusading Culture in the Sixteenth Century

Going Off to the War in Hungary: French Nobles and Crusading Culture in the Sixteenth Century 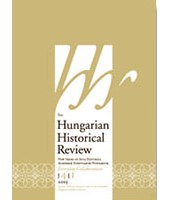 Brian Sandberg, "Going Off to the War in Hungary: French Nobles and Crusading Culture in the Sixteenth Century", in Hungarian Historical Review 4, 2, Budapest, 2015, pp. 346-383

Crusading culture played a significant role in the conceptions and practices of religious warfare in the Early Modern Period, as French authors and militant nobles redeployed Hungary as a crucial theater of crusading war. Examining crusading warfare in Hungary reveals new facets of warrior nobles’ military activities in early modern France and abroad, building on recent studies of French noble culture. The article concludes that French readers developed notions of crusading warfare in part through reports of the war in Hungary, contributing to a burgeoning literature on the production, diffusion, and reception of early modern news and information across Europe.